Mindsets
The Inner Playbook
Work: Reimagined
Immersives
About Us

Books
Apps
In The News
Events
Book a Speaker
Contact Us
New Book
Choose your language:

An Experiment In Leadership: How Amgen Operations Puts People First

An Experiment In Leadership: How Amgen Operations Puts People First 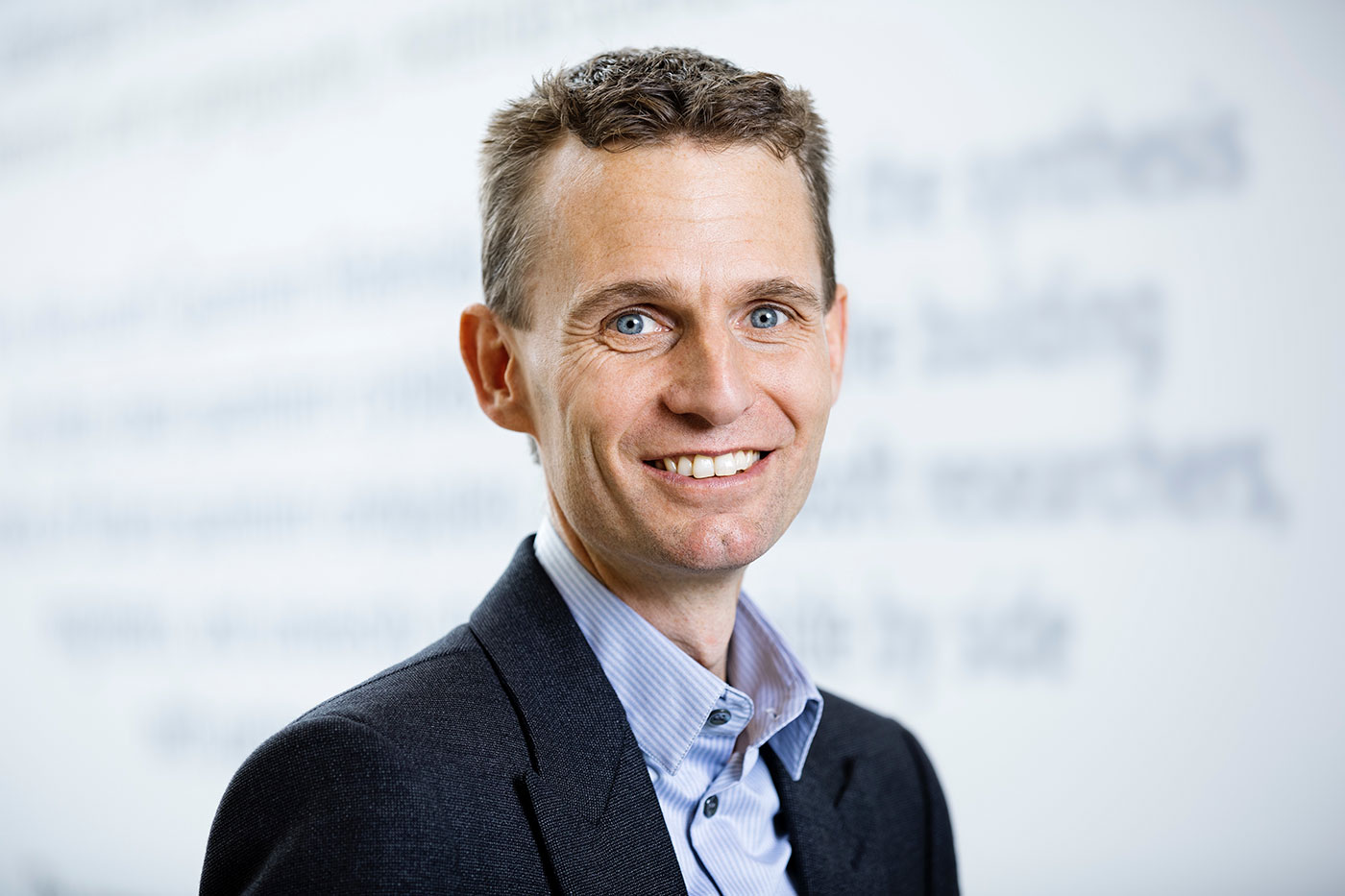 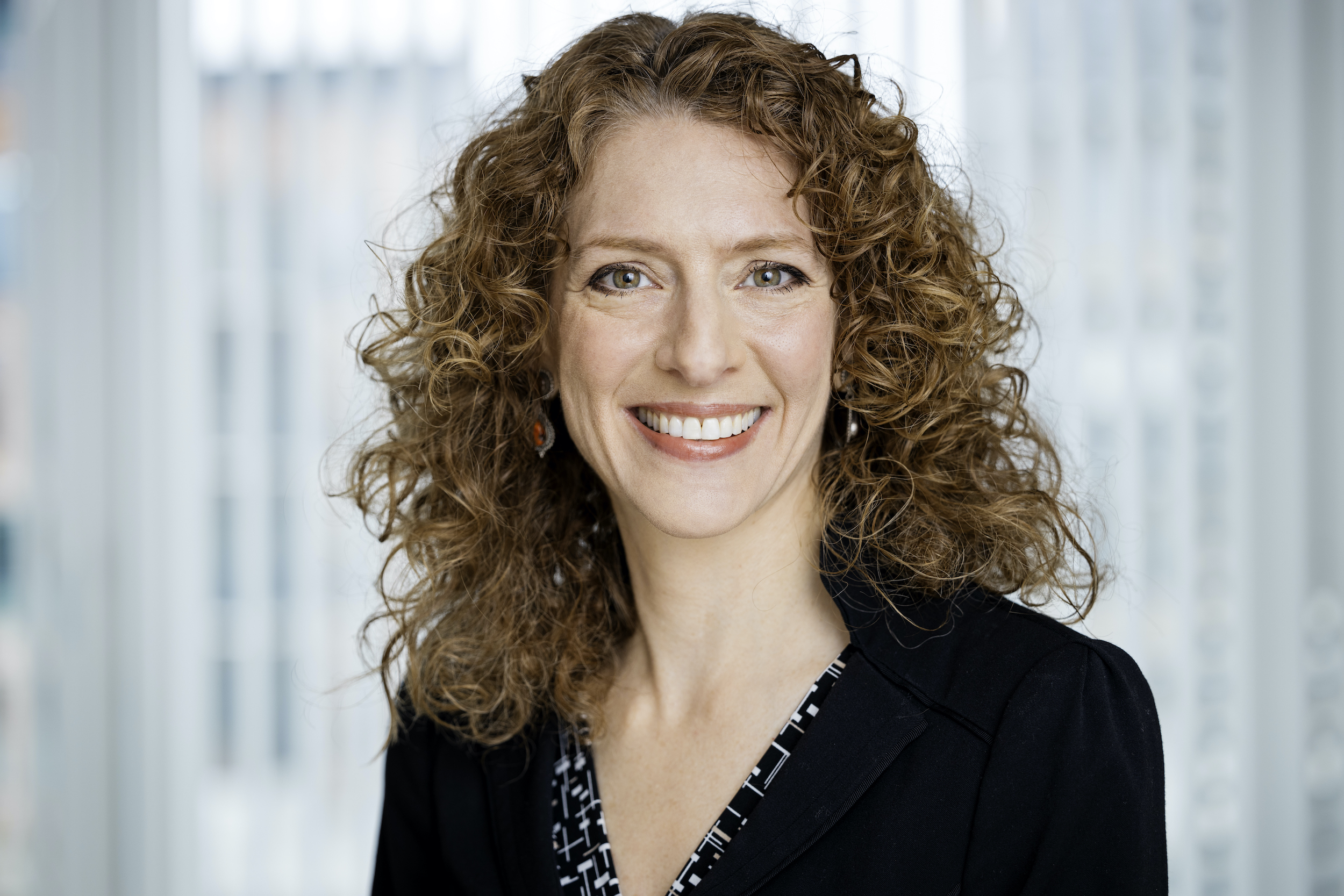 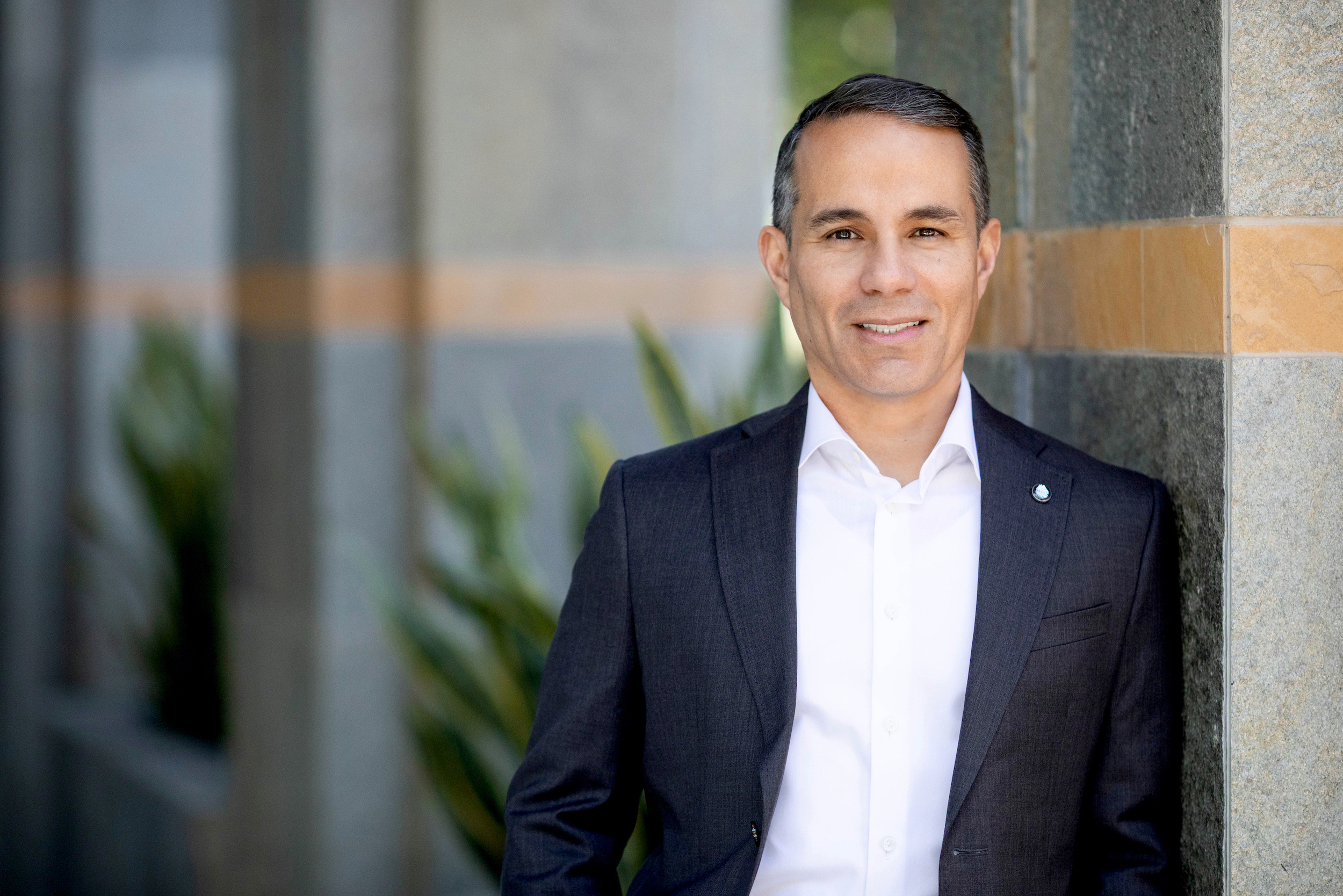 For Esteban Santos, Executive Vice President of Operations at Amgen, a key leadership insight happened to coincide with a devastating natural disaster. Hurricane Maria, a deadly Category 5 hurricane, hit the Caribbean in September 2017, plunging the entire island of Puerto Rico into darkness. Amgen, a leading global biotechnology company, has its largest manufacturing site in Puerto Rico and they immediately sprang into action. “How we stepped up as an organization in Puerto Rico was so special,” Esteban shared. Amgen quickly landed 2000 generators in Puerto Rico, set up a small bank, gas station, industrial laundry facility, ice operation, and even provided meals for their staff to take home to their families. “But more amazing than what we did for our staff, is what our staff did for us.” While much of the island was in turmoil for months after the storm, Amgen’s manufacturing facility was back up and running by the end of the first week. “The commitment that the team showed to the company was one of the most incredible things I’ve seen. So, what is the lesson learned? You take care of your staff, and the staff will take care of your business.”

Five years later, Esteban had another opportunity to put this mantra into practice.

In early 2022, as the Operations organization started to emerge from the pandemic, Esteban and his leadership team began hearing feedback that people were seeking change. They wanted leaders who could lead in a new world while providing safety, stability, and a path towards continued growth. “As the world had evolved, there was a need for us as leaders to evolve as well,” said Esteban. “Assuming we may never go back to work exactly as it was pre-pandemic, we had to build a strong enough culture to evolve and thrive in this new context.”

Amgen is an organization deeply rooted in science, filled with scientists and engineers. Perhaps unsurprisingly, they approached this new leadership development challenge as they would a big experiment. Esteban and his team asked themselves, ‘what can we implement to create a better working world for our people?’ Recalling the lessons learned from Hurricane Maria, they reflected on how people who feel cared for and supported by leadership will in turn support the business. The concept for People Centered Leadership began to grow, with a mandate to “create a culture where staff can thrive.”

Esteban brought his global executive team together for a conversation about what a new style of people-centric leadership could look like for Amgen Operations. “This was the first big part of our leadership experiment,” he said. “We wanted to see if People Centered Leadership would resonate with our top executives.” The answer was a resounding yes. The executives aligned on the need to lead a new generation of people with very different expectations at work and to manage everyday complexities in a very different organizational environment.

That’s when they reached out to us at Potential Project to build the People Centered Leadership learning journey. The objective was to inspire leaders to operate from “Quadrant 2” (image below), demonstrating an ability to courageously do the hard things of leadership in a human and caring way. Pretty quickly, the Wise Compassion matrix also became a framework for holding one another accountable: “I’ve been called out by my colleagues once in a while – ‘Esteban, you’re operating in quadrant 4 right now.’ And guess what? I appreciate being called out because that’s not where I want to be. I always want to be operating in Quadrant 2.”

According to Esteban, “the common thread [for People Centered Leadership] is the importance of self-awareness and knowing how you’re coming across to others." Do you know how you’re showing up in meetings? Are you aware of your mental state? Are you carrying something over from one meeting to another, or from a situation at home into an interaction with your coworkers? A leader’s attitudes and behaviors permeate and create the culture, making an impact far deeper than many realize. “One of the things that I’ve learned is that we leaders often underestimate the impact we can have with the words we use with our staff.”

He also noted the importance of self-care, especially for leaders who are in an influential position. “A bad day for me is when I take the energy from my team, as opposed to making them feel energized or engaged.” And when Esteban reflects on those bad days, he can make a direct correlation with his own lack of self-care.

Esteban observed, “Every time that we take another step in this journey, the energy that we gain back from our staff and the feedback that we get from our leaders is just so immense. We’re energized to do even more to continue seeing progress and feeling its effects.”

Meanwhile, Esteban is measuring the success of People Centered Leadership in the same way that Amgen measures new business initiatives, asking: ‘have we developed our leadership capabilities to the same level as our technical and scientific capabilities?’ Just as Amgen makes significant investments in manufacturing and operational capabilities, Esteban believes that the organization must invest in each employee’s career trajectory: How does Amgen offer opportunities to help its people to excel, not just scientifically or managerially, but also in leadership? How does Amgen help people to inspire others?

“We measure ourselves by looking at the number of people who take on a new role or are promoted each year and we’re proud of our track record in developing talent. To continue to enable future success, we need to equip people with the leadership skills that will help them adapt to an ever-changing environment and inspire others around them,” he said.

I asked Esteban about one shift towards People Centered Leadership that he is especially proud of, and he articulated the shift the Operations team has made in how they lead. “We all know that we need to deliver results, but we’re learning that there is a way to balance individual needs with performance and handling the balance in a humane way.” He predicts that People Centered Leadership will improve how the Operations group thinks about the behaviors that drive performance and results.

“We are a high performing organization,” said Esteban, “and we have a culture that enables people to try new things. I want to keep building on that capability, to ensure that we continue to attract and retain the best talent and deliver superior results.”

Finally, I asked Esteban what advice he would share with other leaders interested in following in Amgen’s footsteps. “You have to be consistent, persistent, and patient.” First, acknowledge that change is needed. Second, commit to seeing the process through. Implementing new ways of working and shaping a culture is not quick business. Like scientific advances, it takes time, investment, and commitment to a vision. The very same lesson learned after Hurricane Maria has been reaffirmed through this work time and again: when you put your people first, your business will thrive. And the best part? It’s a win-win for all involved. 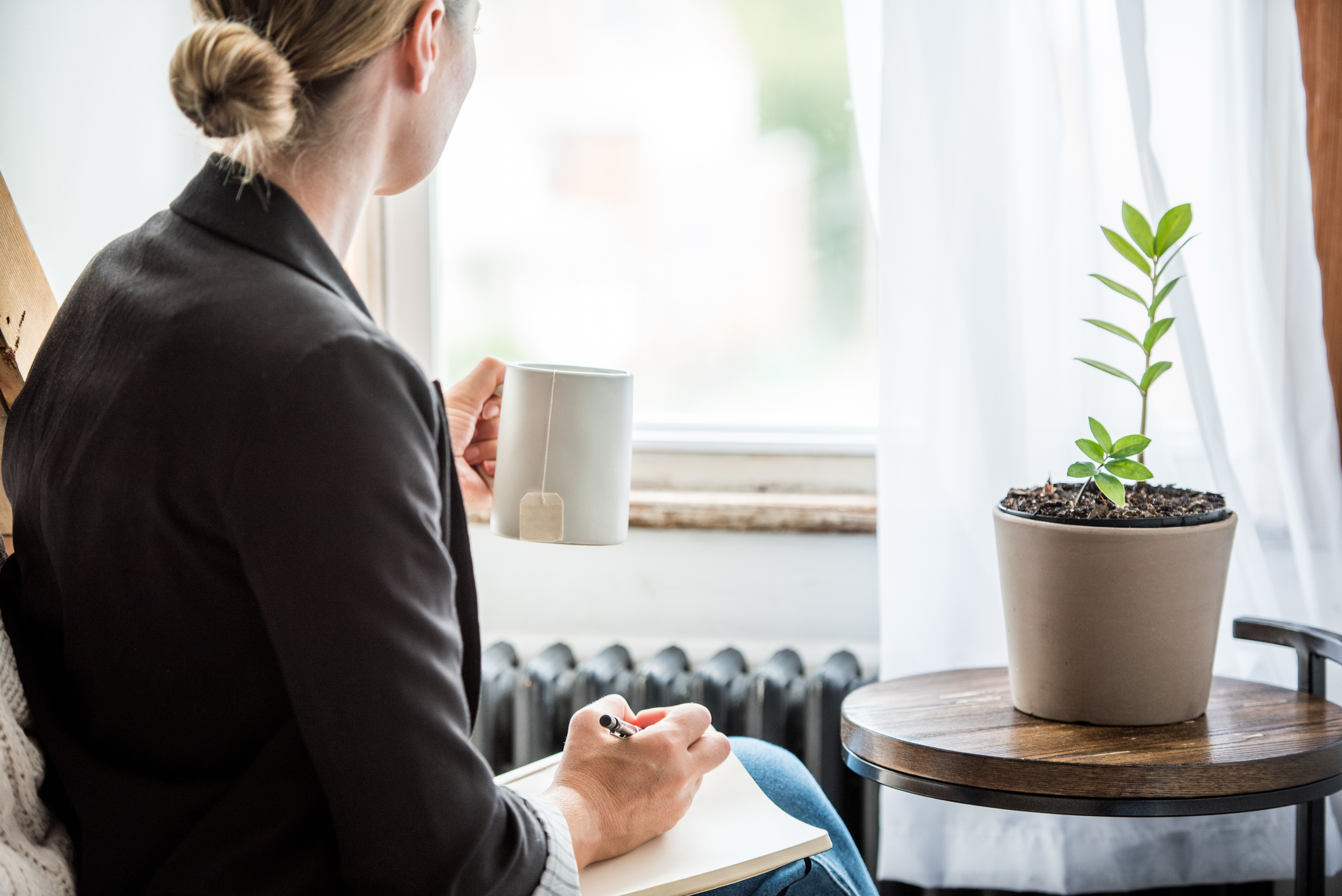 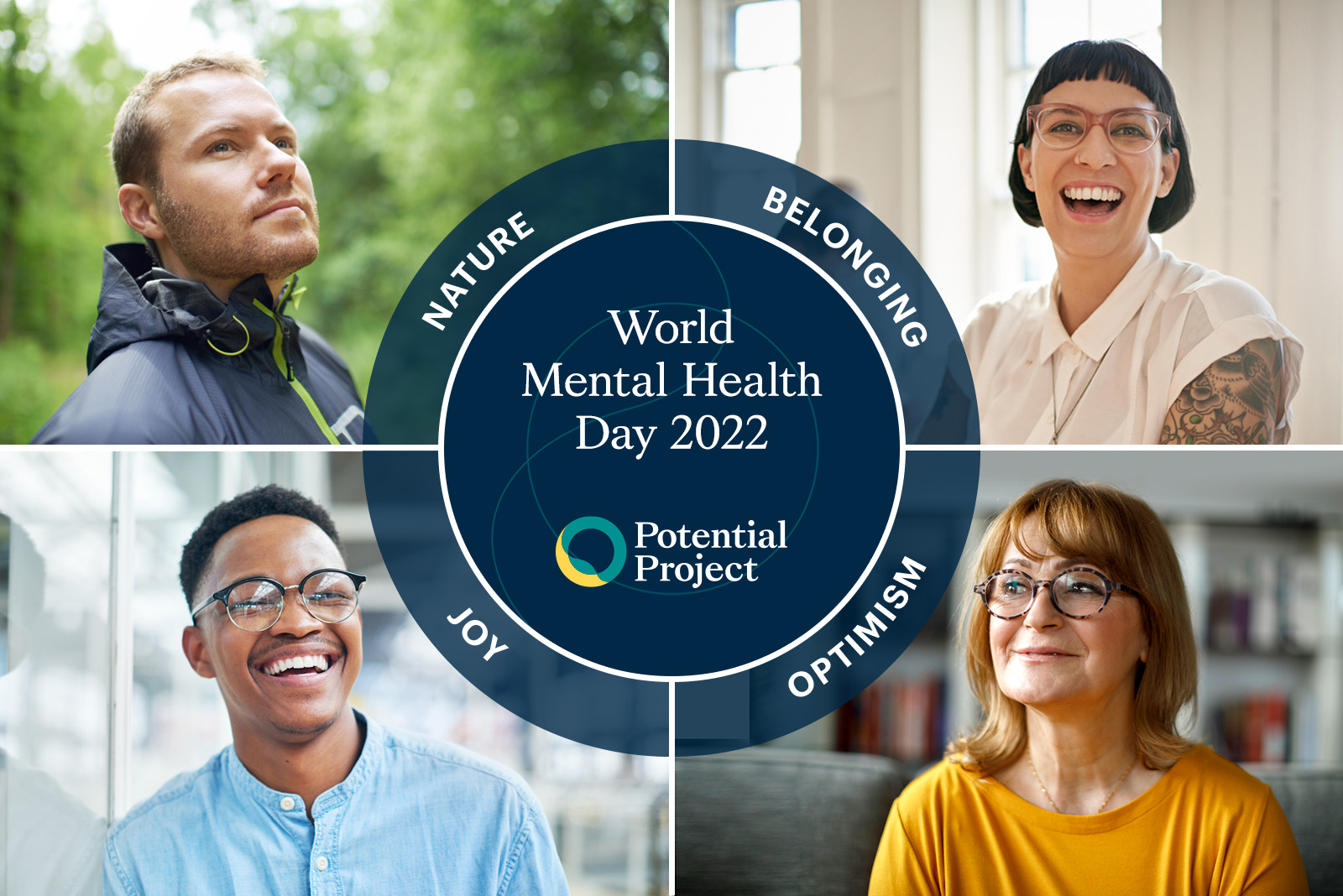 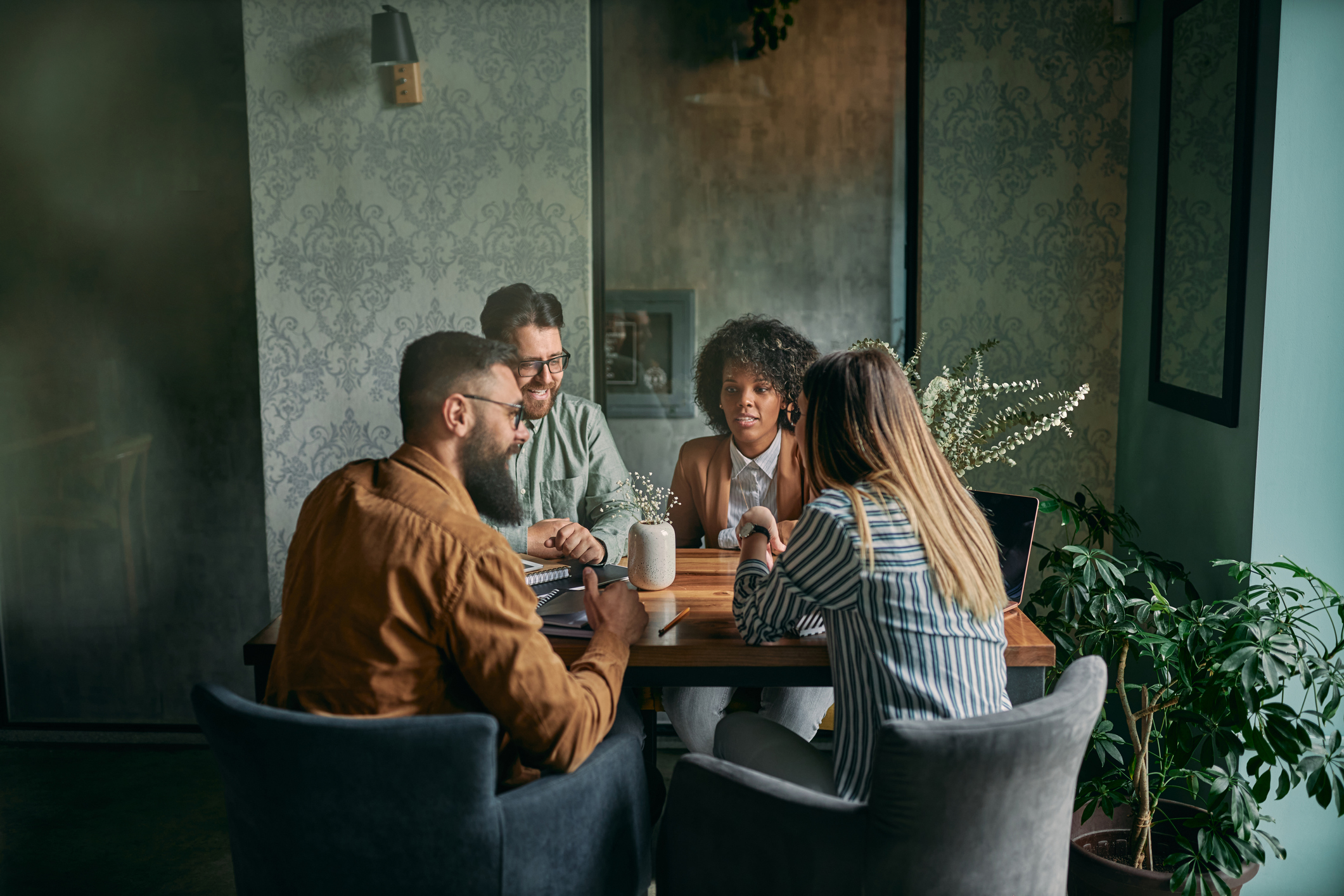 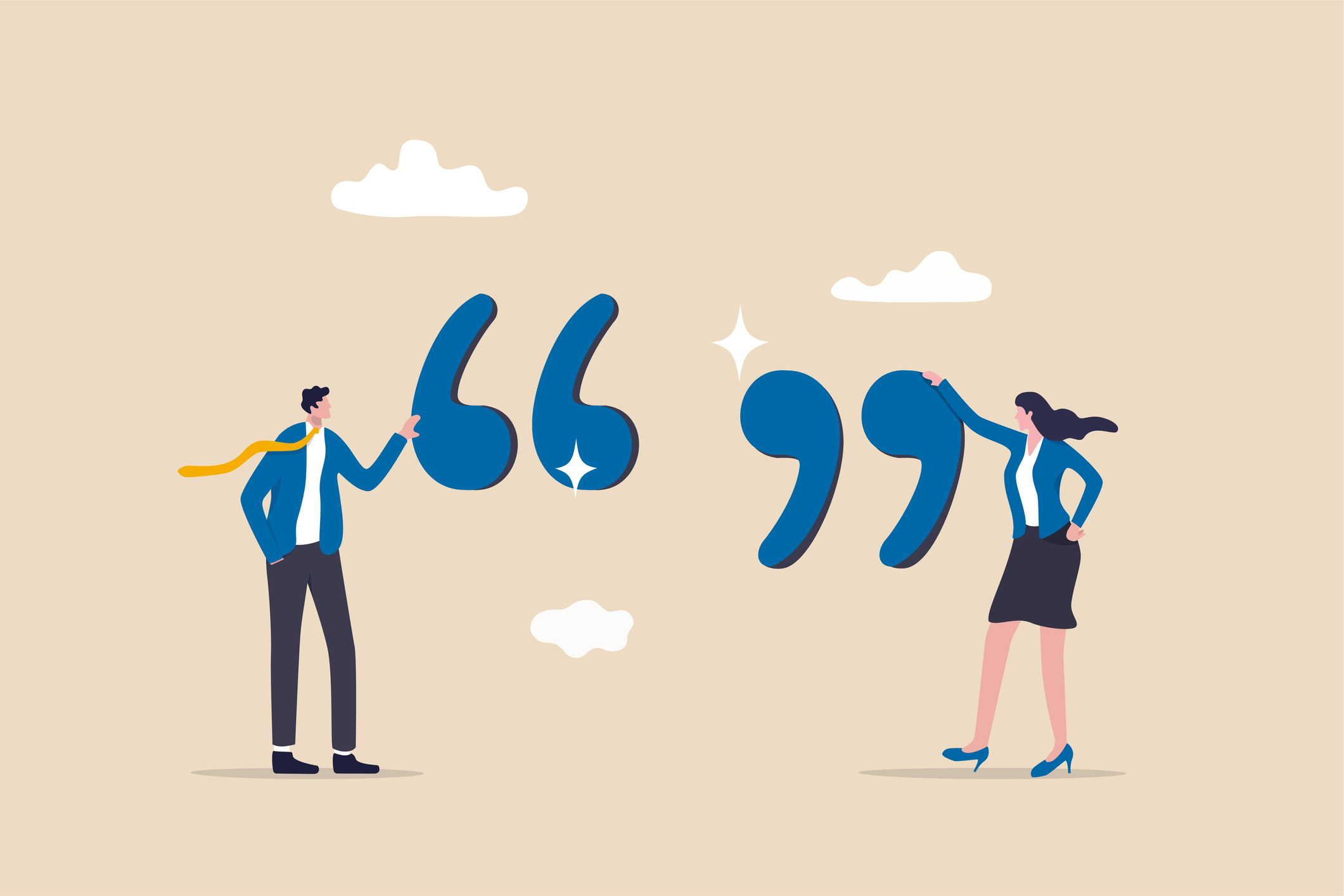 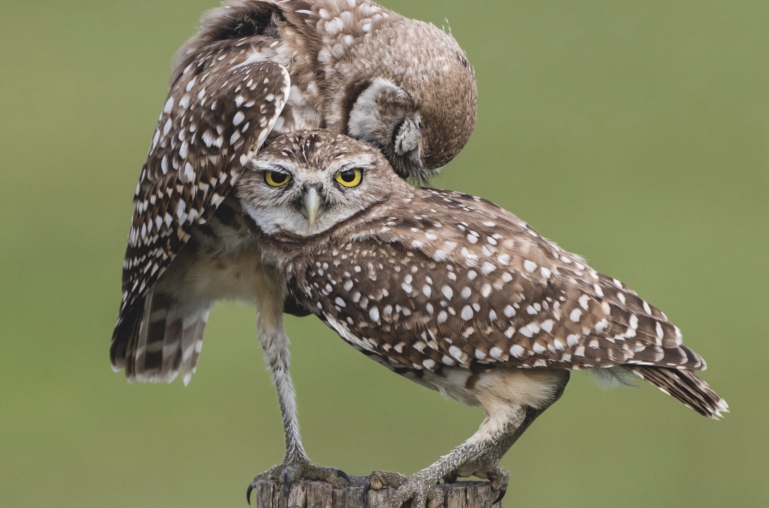 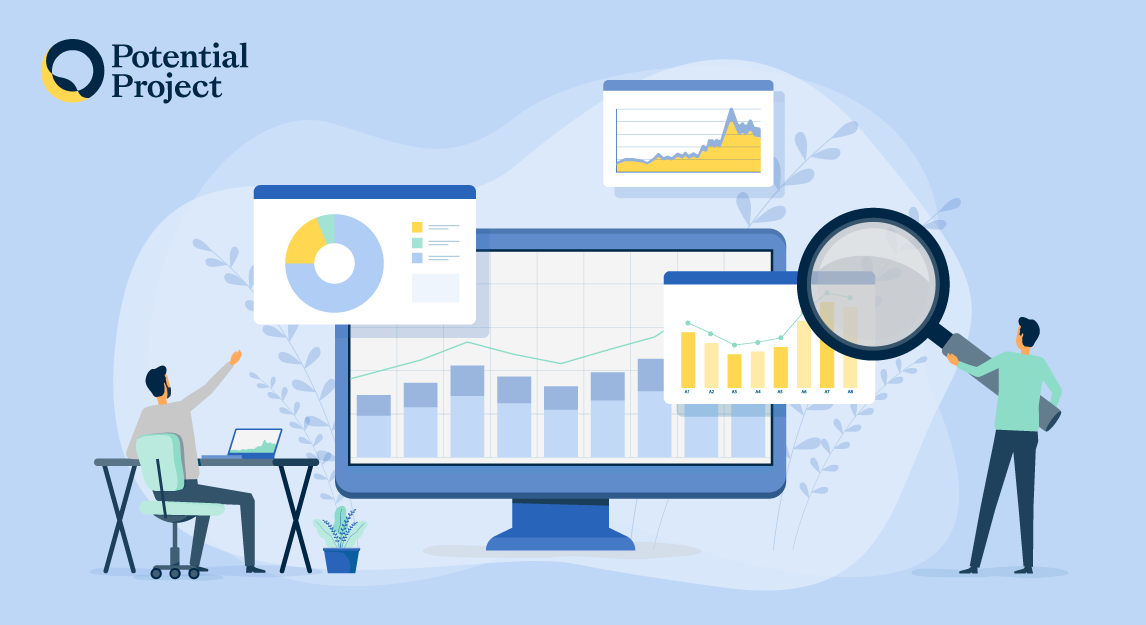 Get to Know Our Behavioral and Data Sciences Team
Read more 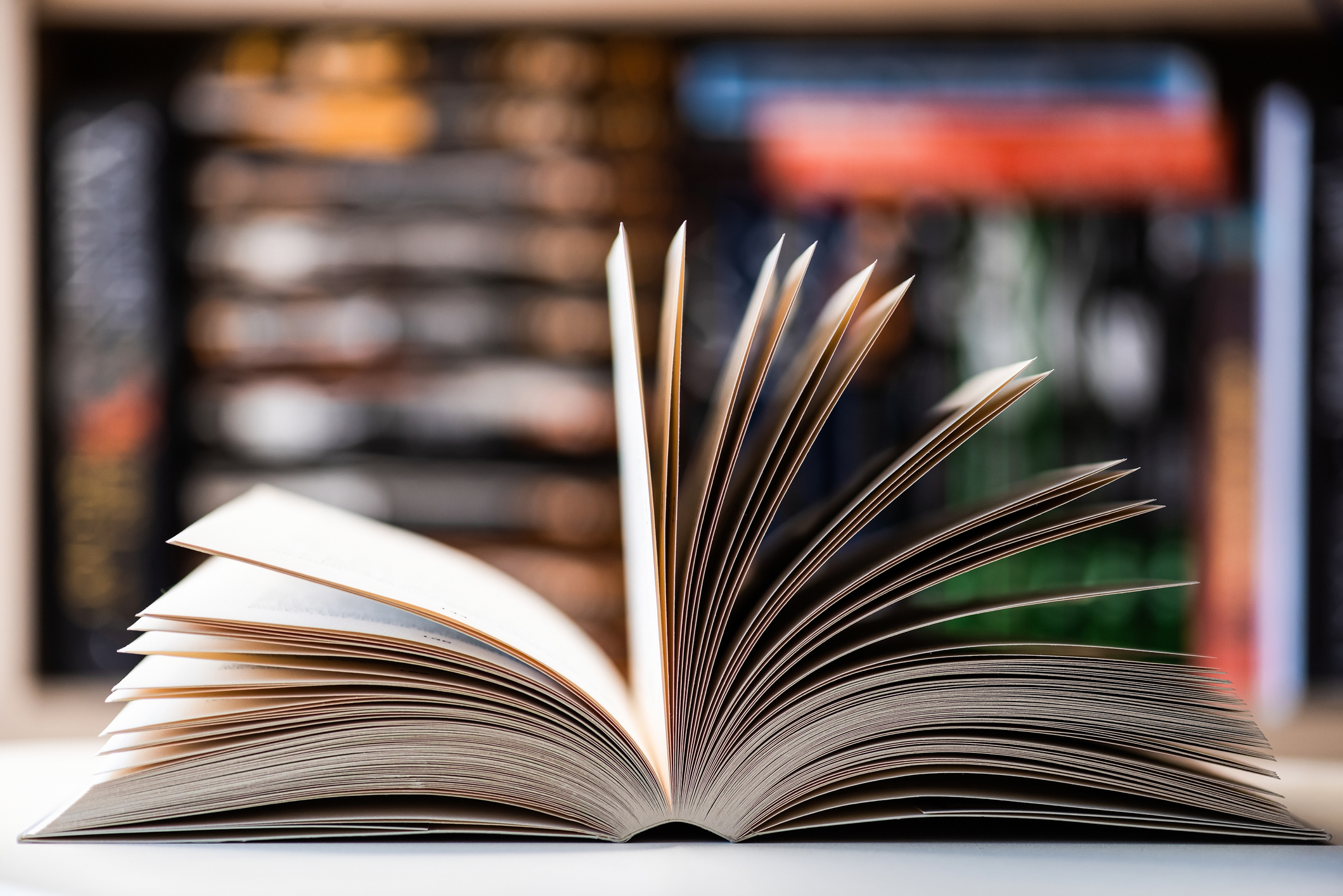 Looking for a great summer read? Try these.
Read more 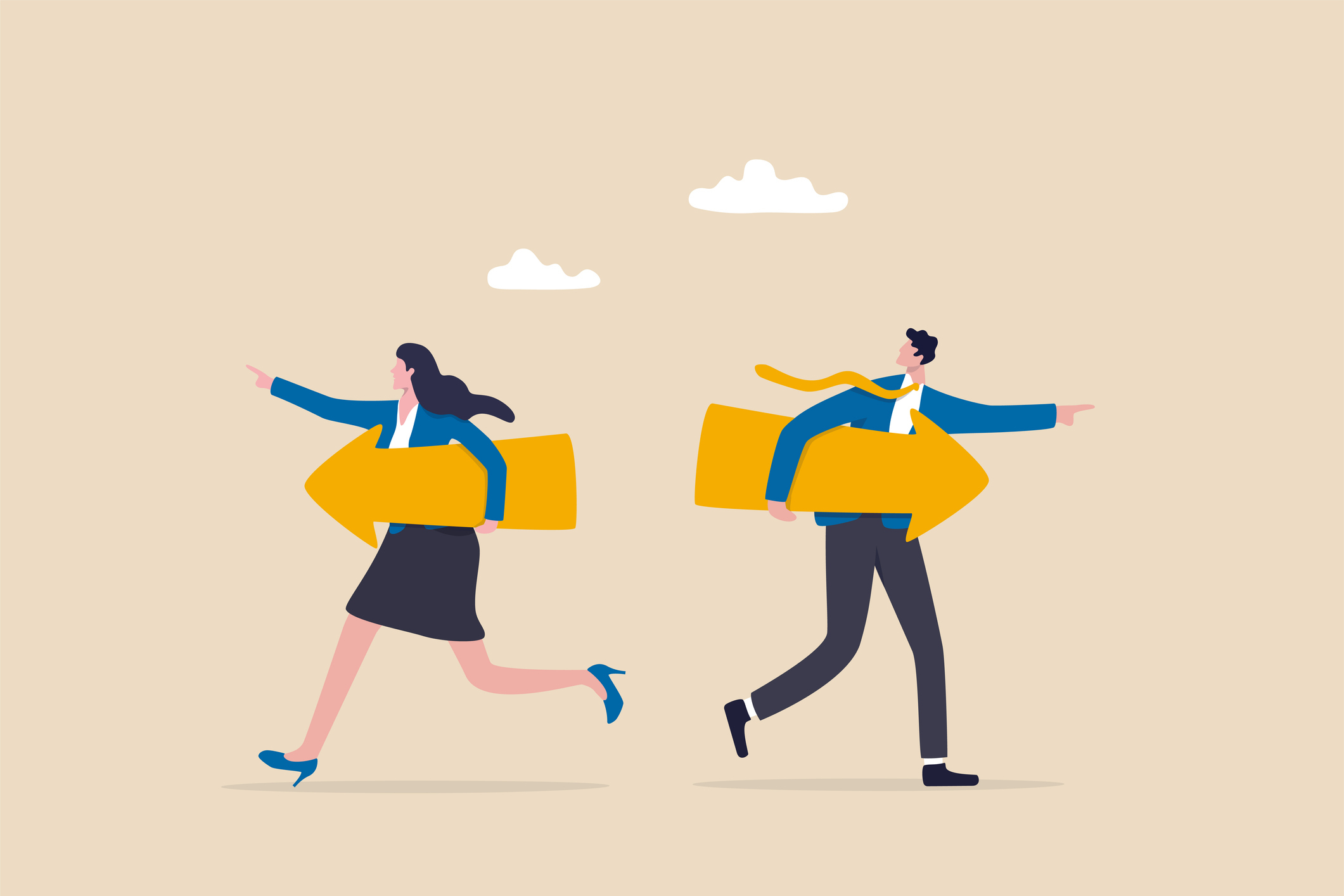 Courage Over Comfort: How To Overcome Fear When Leading Others
Read more 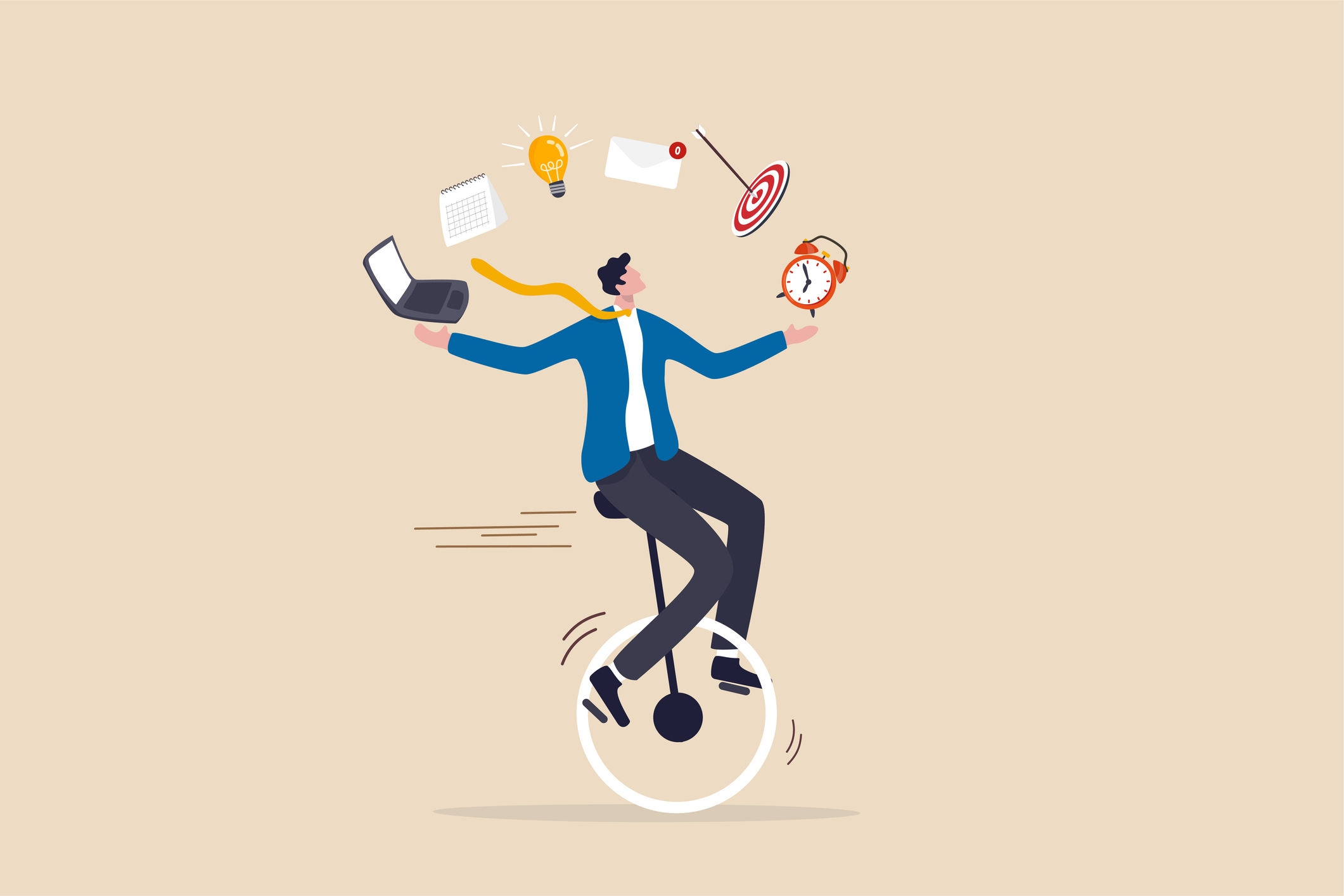 Leadership and the Attraction of Busyness
Read more